Florida Voices is a project of the USA TODAY Network-Florida that spotlights issues important to Floridians this election year.

Occupation: IT consultant and owner of Space Coast IT

When Emily Mollen left the fast-paced tech scene in Silicon Valley to return to her hometown on Florida’s Space Coast, she had some parting words for her California friends:

Mollen, an information-technology consultant and entrepreneur, saw untapped business opportunities surrounding the burgeoning spaceport at Cape Canaveral, not far from where she grew up.

In California, Mollen had friends who worked for Google and Facebook earning $200,000 to $300,000 a year. To live in Mountain View, home of Google’s headquarters, “they had to share an apartment with a stranger,” she explains.

In Brevard County, the median price of a home was $230,000 in March — about $20,000 less than the national median. Mollen bought a spacious waterfront home where she now lives with her fiancé and two dogs. She can feel the house vibrate when rockets launch at Kennedy Space Center, about 30 miles away.

Since she left California in 2016, two of Mollen’s engineer friends from the West Coast have joined her in Brevard County. They took jobs with the aerospace companies Lockheed Martin and SpaceX. Mollen is confident more will follow.

“I really think the Space Coast of Florida is the next Silicon Valley,” she says.

It’s a bold hypothesis — and there’s some evidence to support it.

Almost 14 percent of workers in the Space Coast region work in “advanced industries,” the sixth-highest concentration of such jobs among large metro areas, according to a 2016 report from the Brookings Institution. That puts it ahead of every large metro area in Florida. 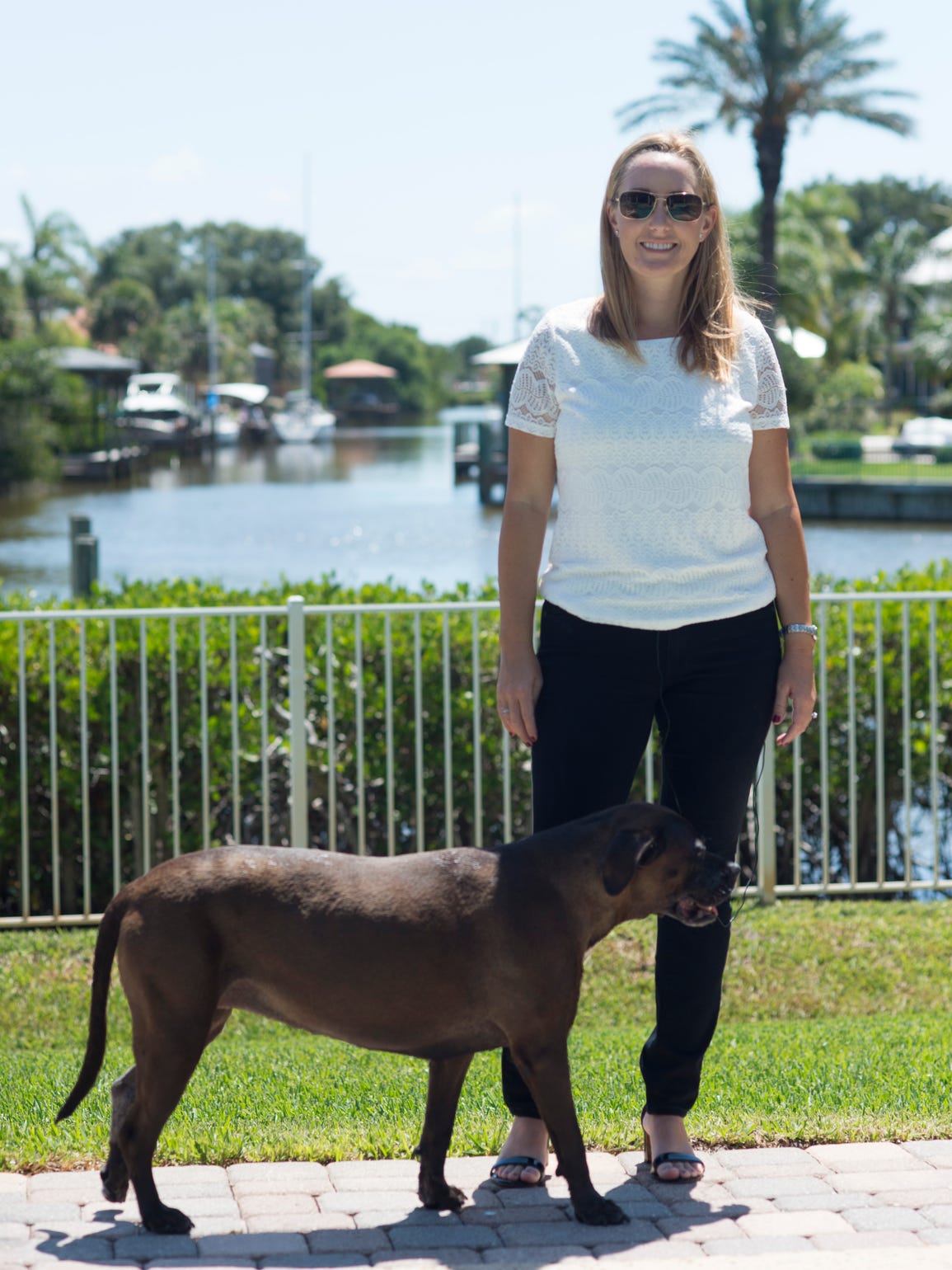 Entrepreneur and IT consultant Emily Mollen, seen May 9, 2018 with Abby, one of her two dogs, lives in a spacious Indian Harbour Beach home with her fiance and dogs, a perk of relocating to Brevard County from the expensive, high-tech area of Silicon Valley in California. “I had friends working for Google and Facebook making $200,000 to $300,000 a year and they had to share an apartment with a stranger,” Mollen said, noting that following her own move to Florida, two of her friends also have relocated to Brevard County to take jobs with SpaceX and Lockheed Martin.
(Photo: LEAH VOSS/TCPALM)

Those numbers predate last year’s opening of Blue Origin’s massive rocket factory near the Kennedy Space Center. The company, bankrolled by Amazon’s Jeff Bezos, plans to create 330 jobs with an average wage of $89,000.

Then there are the intangibles you can’t map on a fever chart — like the international giddiness SpaceX created in February when it launched CEO Elon Musk’s personal Tesla Roadster on the world’s most powerful rocket, the Falcon Heavy.

“There’s going to be a large industry for skilled labor, specifically engineers and manufacturing people,” Mollen says, “and this is an area where they can actually afford to live and work.”

She understands a large, skilled workforce must emerge before the region can rival Silicon Valley. This election year, Mollen is looking for candidates who can help deliver that.

Her home backs up to the Grand Canal, which connects to the 156-mile-long Indian River Lagoon. After Hurricane Irma hit in September, 20 million gallons of raw sewage were released into the canal behind Mollen’s home.

The stench is gone now, but she doesn’t see manatees, dolphins and softshell turtles as often as she used to. To help clean the water, Mollen is working with the Brevard Zoo to create a small oyster farm near her dock.

She believes in tackling issues through her personal actions.

Like many young voters, Mollen doesn’t identify closely with either major political party.

“I think this two-party system that we’ve had in our country for so many decades is dated,” she says. “Things aren’t that black and white anymore.”

She identifies as Libertarian. But she supports targeted economic incentives for strong companies. And she favors more restrictive gun laws. 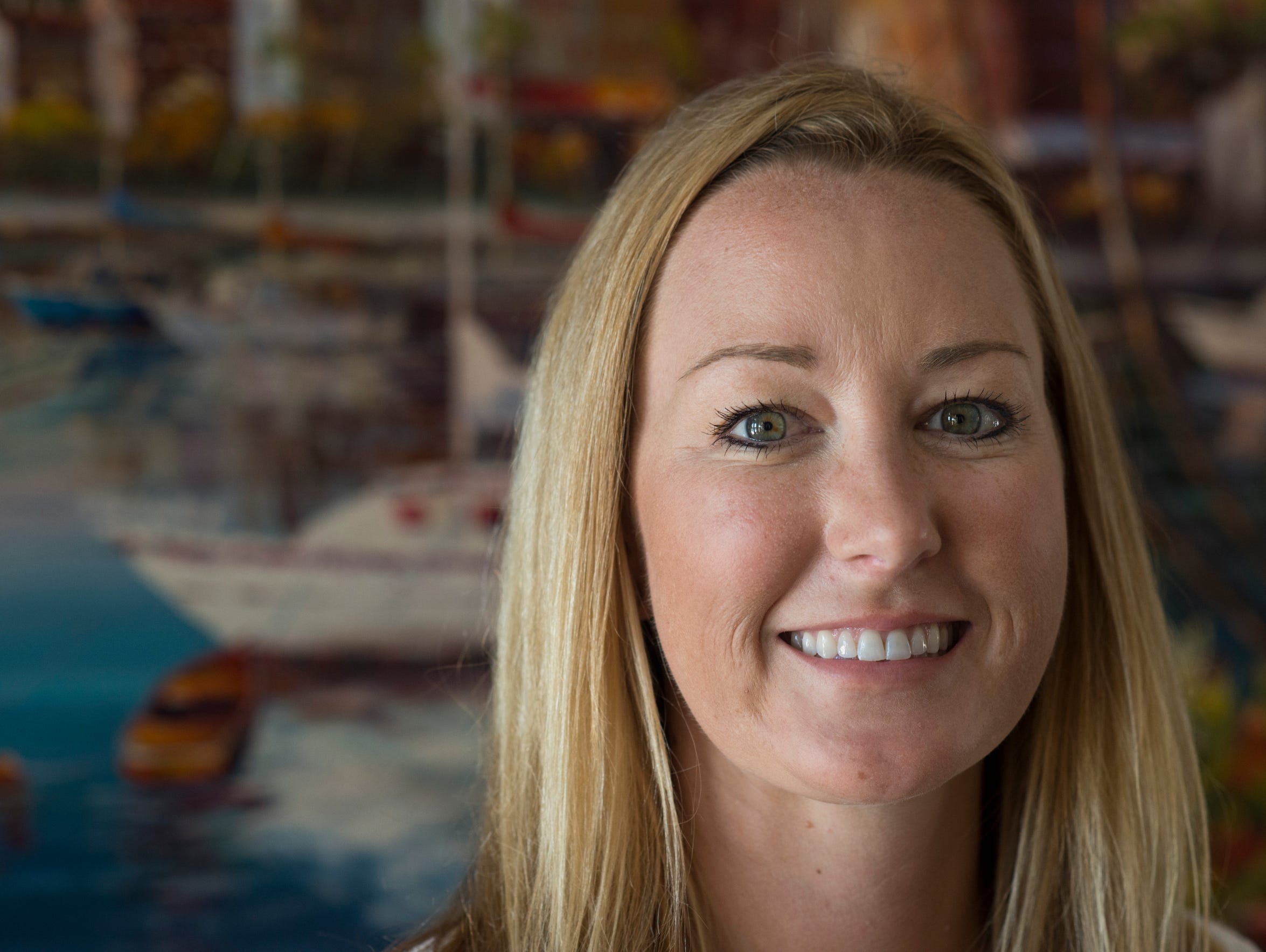 “I really think the Space Coast is the next Silicon Valley,” said entrepreneur and IT consultant Emily Mollen, 34, who was born in Melbourne and recently moved back from San Jose, California to live in Indian Harbour Beach. Mollen, pictured May 9, 2018 in her home, left Silicon Valley for the more affordable Brevard County and now owns Space Coast IT Consulting.
(Photo: LEAH VOSS/TCPALM)

Mollen was pleased with the Florida Legislature and Gov. Rick Scott’s decision this year to raise the age for all firearm purchases from 18 to 21.

“I think young people are going to be more motivated to vote this year than ever before — and I wouldn’t be surprised if a majority of that has to do with the Parkland shooting and gun control,” she says.

Mollen is a pro-business millennial who believes government has a role to play in keeping us safe and growing the economy.