In June 2011, Diane Ingraham, along with many others, was told that her job as a Project Administrator at the Kennedy Space Center would be eliminated on September 30th.  During the next three months Diane conducted job searches in the local area and even considered moving out-of-state.  One day her brother, who was working for a local non-profit organization that provide transportation, indicated that some people needed transportation after service hours and on weekends and that he would give them her name and number to call for rides.  After the first customer, Diane realized that this could work as a business.  She developed the idea of starting a senior home companion service that would include transportation. 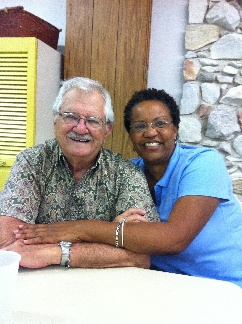 Diane first heard about BizLaunch from Staffing Specialist Cynthia Rayen, who called her to follow-up with her since she left KSC.  During the phone conversation Diane shared that she was not having any luck finding a job and had thought about starting a business.  Diane attended the next BizLaunch and soon began the process of starting her company.  With the help of Career Source Brevard, Diane took a CNA training class to help her with general knowledge in the care of seniors.

CareerSource Brevard also assisted her in obtaining her city’s business tax receipt.  “BizLaunch has been a critical element in my growth both personally and professionally”, says Diane.  “The speakers and the networking have been awesome.”  Diane actually contracted her first client through networking with another member of BizLaunch who needed meals delivered to his dad.

A year later, Diane met with Entrepreneur Staffing Specialist Pamela Gunthorpe initially to discuss obtaining a Small Business Administration loan.  After discussing the SBA loan requirements Pamela asked Diane to consider an Entrepreneur Work Experience (EWE) as a means to help with determining how to move her business forward.  Currently Diane is enrolled in an EWE with Karen Gregory of HRSS Consulting Group.  With Karen’s help, Diane is getting mentorship and guidance with Marketing Strategies to help grow Silver Link.

Diane volunteers with Aging Matters in Brevard Senior Trans Serve and also serves on the advisory Board of the Senior Resource Alliance representing Brevard County.

You can reach Diane Ingraham at 321-536-4403 or visit the Silver Link website at www.silverlinkservices.com for more information.